NYS Alliance for the Prevention of Sexual Abuse is proud to announce we have officially been recognized as a 501c3 Non-Profit in New York State! 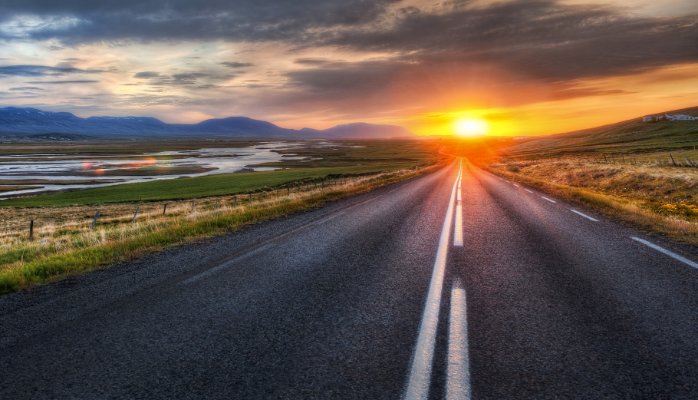 The Path Forward - Our Story

Identified service providers working with juvenile sex offenders in New York State were invited to a networking meeting on October 26, 1988 at St. Anne Institute in Albany at which time The New York State Alliance of Sex Offender Service Providers (NYSASOSP) was established. The meeting was sponsored by Marilyn Etcheverry, Director of Preventive Services for St. Anne’s Institute, and Gary Hook, Adolescent Sex Offender Program Specialist for the New York State Division of Youth. The 26 attendees included Richard Hamill, PhD (current President of the Alliance) from St. Anne Institute Regional Sex Offender Program, Catherine Diana, LCSW (current Board member) from the LaSalle School, Terry Tamer, Department of Correctional Services, (former Board member) representatives from Orange County and Rockland County Probation Departments, representatives from the NYS Department of Correctional Services, the NYS Division for Youth, the NYS Department of Social Services, the NYS Police, the NYS Office of Mental Health, Berkshire Farm Center, People Against Sexual Abuse and the Brooklyn Sex Crimes Prosecuting Center. Consensus was reached on the critical need for training and a committee composed of Marilyn Etcheverry, Gary Hook, Terry Tamer and Kathy Zasloff was formed to develop a proposal for a training grant through the Children’s Justice and Assistance Act.

Subsequently, a grant proposal was submitted and approved for $30,000 in which the Alliance agreed to provide a four-day training on the assessment and treatment of sex offenders in three geographic areas of the state, to develop a state-wide directory of service providers and to sponsor a national conference on juvenile sexual offending. In 1989 regional trainings were provided by state and national experts in the field of assessment and treatment of sex offenders and a state-wide service directory was developed and distributed. The Alliance in 1990 also sponsored the Fifth National Training Conference of the National Task Force on Juvenile Sex Offending, a function of the National Adolescent Perpetrator Network. The conference drew more than 600 participants from across the United States including Alaska and Hawaii and from Canada, England and the Netherlands.

Since then, the Alliance has sponsored and co-sponsored with NYS ATSA numerous regional trainings across the state by nationally and internationally recognized experts in the field of sex offender assessment, treatment, and supervision to enhance service providers’ skills. In May 1996, the Alliance sponsored the first statewide annual conference for service providers working with child, juvenile and adult sexual abusers. It has continued this tradition and in May, 2008, the Alliance co-hosted with NYS ATSA its 13th annual statewide conference in Saratoga Springs.

The NYSASOSP identified its mission as: to reduce the level of victimization; to promote the increase, uniformity, and quality of assessment and treatment services for juvenile and adult sex offenders; to promote the development of a fully integrated continuum of services to sexual offenders; to promote legislation on issues and funding for programs impacting sex offenders and survivors; to promote offender accountability through restitution, mediation, treatment, supervision and incarceration; and to promote community safety through confinement of sex offenders not amenable to community-based services. Alliance members actively participated in the development of the Governor’s Task Force on Rape, Sexual Assault and Child Sexual Abuse report submitted to Governor Mario Cuomo in April, 1990.

The Certificate of Incorporation for the New York State Alliance of Sex Offender Service Providers was filed on October 1, 1997.The Alliance supported the establishment of the New York State Chapter of the Association for the Treatment of Sexual Abusers and along with the NYS Chapter of ATSA supported the Capital District Center for Sex Offender Management planning grant through the Center for Sex Offender Management. In accord with its mission to support community safety, the Alliance in collaboration with the NYS ATSA has issued a number of position papers and has actively worked with the New York State legislature to educate legislators on the issues of sexual offender assessment, treatment and supervision. The Alliance and the NYS ATSA continue to develop position papers on issues that affect children with sexual behavior problems, juvenile sexual abusers and sex offenders and victims of sexual abuse and sexual assault and to engage in additional activities that promote its mission.

At the annual board meeting during the 2010 NYS Conference Alliance Founder, and President Dr. Richard Hamill informed the Board of his decision to step down due to health issues.  Cathy Diana (founding and current board member) agreed to step into the Presidency to ensure Richard Hamill’s vision continued and assisted the organization through its first transition of leadership since its founding meeting. Our organization felt a great loss in May 2012 when Dr. Hamill passed away. He left behind a legacy of leadership and commitment to change we strive to maintain today. A scholarship has been named in his honor given his focus on nurturing new practioners.

In 2012 long time board member Brent Ewell was elected President and served until 2014.  Brent oversaw several initiatives that led to the Alliance’s continued stability and sought ways to keep the organization active and membership growing.  In 2014 Larry Menzie was elected President and continues to serve in that position.  The organization has recently changed its name to better reflect the changes in the field since the organizations inception meeting in 1988.  The NYS Alliance for the Prevention of Sexual Abuse is seeking 501c3 status and looks forward to developing it educational outreach, membership benefits, services offered, and continuing to play a role in the prevention of sexual violence that makes NYS safer.  We encourage any interested parties to join one of our committees or discuss initiatives that will further enhance our mission.

Our organization is lead by motivated and dedicated professionals in the field of sexual abuse prevention. Learn more about our Board of Directors now!